Happy Birthday to The Phantom Tollbooth A new favorite of mine is celebrating it's 50th year in print!

The Phantom Tollbooth by Norton Juster is such a delight to read that I purchased it and plan to read it again and again. For anyone who loves the English language, this book will be a winner for you. It's clever, tongue-in-cheek method of making its point is linguistic absurdity at its best. And I didn't make that up, NPR offered a piece on this milestone.

Listen to the show here, and pick up this book!
Posted by Carmen, Queen of Stone's Throw at 7:53 AM No comments:

A Vintage Affair by Isabel Wolff 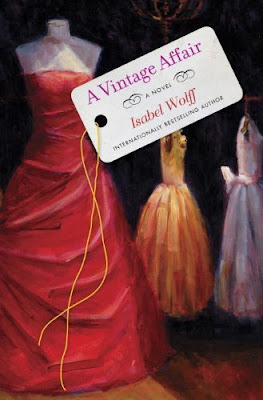 Every dress has a history, and so does Phoebe...
Phoebe Swift always dreamt of opening her own vintage dress shop. She imagined every detail, from the Vivienne Westwood skirts hanging next to satin gowns, to sequinned prom dresses adorning the walls.

At the launch of Village Vintage, Phoebe feels the tingle of excitement as customers snap up the fairytale dresses. Her dream has come true, but a secret from her past is casting a shadow over her new venture.

Then one day she meets Therese, an elderly Frenchwoman with a collection to sell, apart from one piece that she won't part with...

As Therese tells the story of the little blue coat, Phoebe becomes aware of a profound connection with her own life, one that will help her heal the pain of her past and allow her to love again.

My take: 4 looks
When I read The Secret Lives of Dresses, a member of my online reading group suggested this book. She was right!

Not only does this book make you like the characters (I really want to hang out with Annie and slap the face of Roxy), it makes you want to scour the local boutiques for some vintage pieces to mix and match with your everyday wear. So many designers were named that I was sure Wolff made them up. I felt compelled to Google them, and was pleasantly surprised that they were all real! This was a winner for me, and highly recommended.
Posted by Carmen, Queen of Stone's Throw at 7:45 AM No comments:

Summary:
A thrilling epic about an ancient clash reignited in our time, between a hidden society and heaven's darkest creatures. There were giants in the earth in those days; and also after that, when the sons of God came in unto the daughters of men, and they bore children to them. Genesis 6:5 Sister Evangeline was just a girl when her father entrusted her to the Franciscan Sisters of Perpetual Adoration in upstate New York. Now, at twenty-three, her discovery of a 1943 letter from the famous philanthropist Abigail Rockefeller to the late mother superior of Saint Rose Convent plunges Evangeline into a secret history that stretches back a thousand years: an ancient conflict between the Society of Angelologists and the monstrously beautiful descendants of angels and humans, the Nephilim. For the secrets these letters guard are desperately coveted by the once-powerful Nephilim, who aim to perpetuate war, subvert the good in humanity, and dominate mankind. Generations of angelologists have devoted their lives to stopping them, and their shared mission, which Evangeline has long been destined to join, reaches from her bucolic abbey on the Hudson to the apex of insular wealth in New York, to the Montparnasse cemetery in Paris and the mountains of Bulgaria. Rich in history, full of mesmerizing characters, and wondrously conceived, Angelology blends biblical lore, the myth of Orpheus and the Miltonic visions of Paradise Lost into a riveting tale of ordinary people engaged in a battle that will determine the fate of the world.

My take: 4 looks
I liked this book quite a bit. It felt like a first-time novel, which it is for author Trussoni. The characters were nicely developed, to the point that I felt sympathy for the lead "bad guy". There were a few things theologically that crossed with my doctrinal beliefs, but because of the good writing, I was able to put those aside easily.

Perhaps I am jaded by other mysteries that I have read, but I was waiting, perhaps hoping, for a little more intrigue. One of the nuns was a spy, one of the Angelologist was a traitor, something like that. I trusted no one, but perhaps that was the point of the author.

The ending was rather abrupt. Like driving off a cliff when you can see the destination. I checked this one out of the library for my Nook, and had to look at the physical book at the book store to make sure that I had downloaded the entire thing. It is obvious that there will be a sequel, but the ending was a complete turnoff for me, and may cause me to not read the next one.

All-in-all, I would recommend this book, reading with a theological grain of salt and knowing that you will be left with more than a few questions.
Posted by Carmen, Queen of Stone's Throw at 5:26 PM No comments:

Charms for the Easy Life by Kaye Gibbons

Summary:
A family without men, the Birches live gloriously offbeat lives in the lush, green backwoods of North Carolina. Radiant, headstrong Sophia and her shy, brilliant daughter, Margaret, possess powerful charms to ward off loneliness, despair, and the human misery that often beats a path to their door. And they are protected by the eccentric wisdom and muscular love of the remarkable matriarch Charlie Kate, a solid, uncompromising, self-taught healer who treats everything from boils to broken bones to broken hearts. Sophia, Margaret, and Charlie Kate find strength in a time when women almost always depended on men, and their bond deepens as each one experiences love and loss during World War II. Charms for the Easy Life is a passionate, luminous, and exhilarating story about embracing what life has to offer ... even if it means finding it in unconventional ways. This P.S. edition features an extra 16 pages of insights into the book, including author interviews, recommended reading, and more.

My Take: 5 looks
Even though this is a novel I will most likely not read again, I liked it so much that I will add all of this author's books to my TBR list. I enjoyed this book very much. The strong female characters spoke to me. They were strong, loving, sensitive, flawed and very believable.

The writing style was just my style. It was smart, funny, poignant and became a real voice as I read. The characters shared similarities, but were very different. They were each sympathetic, frustrating and full-bodied. I loved each one.

The book ended in a very nice and realistic way: it just ended. Much like life goes from one chapter to the next. Readers have become so used to every mystery being solved, every identity being revealed and every rock being overturned. In "Charms" there were unanswered questions, loose threads and every bit of realism that day-to-day life holds. I closed this book feeling very satisfied, and that is the best review a book can receive.
Posted by Carmen, Queen of Stone's Throw at 6:47 AM 1 comment:

Summary:
A powerful, soaring novel about a stolen desk that contains the secrets, and becomes the obsession, of the lives it passes through. For 25 years, a solitary American novelist has been writing at the desk she inherited from a young poet who disappeared at the hands of Pinochet's secret police; one day a girl claiming to be his daughter arrives to take it away, sending her life reeling. Across the ocean in London, a man discovers a terrifying secret about his wife of almost 50 years. In Jerusalem, an antiques dealer is slowly reassembling his father's Budapest study, plundered by the Nazis in 1944. These worlds are anchored by a desk of enormous dimension and many drawers that exerts a power over those who possess it or give it away. In the minds of those it has belonged to, the desk comes to stand for all that has disappeared in the chaos of the world — children, parents, whole peoples and civilizations. Nicole Krauss has written a hauntingly powerful novel about memory struggling to create a meaningful permanence in the face of inevitable loss.

My take: 1 look
I agree with another reviewer in her surprise that this book won an award. While there is supposed to be a common thread running through the book, the desk, I found the writing to be disjointed, unrelated and completely boring. All of the characters were one-dimensional, unsympathetic and easy to leave.

I have another book on my list by Krauss, and will read it, but if I have the same impression, it will be the last book by this author that I read.
Posted by Carmen, Queen of Stone's Throw at 7:24 AM No comments: 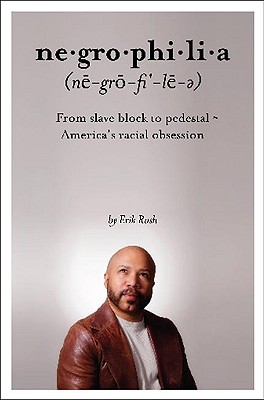 Summary:
Negrophilia studies the undue and inordinate affinity for blacks (as opposed to antipathy toward them) that has been promoted by activists, politicians and the establishment press for the past 40 years and which has fostered an erroneous perception of blacks, particularly in America. The book dissects the dynamic of race relations and race politics with an emphasis on same since the Civil Rights Movement of the 1960s, how these are likely to develop given a Barack Obama presidency, and how conscientious Americans may discern the deeper truths of these matters and thus develop healthier perceptions.

My take: 4 looks
I am giving this one four stars because of the author's true voice in the midst of scoff and scorn. Mr. Rush has it nicely summarized: the only thing keeping blacks down is other blacks. He sees it for what it is, and calls it perfectly. Written at a higher reading level than most non-fiction I've read, sort of like a sociology thesis. I'm glad to find someone in the black community who believes like I do.
Posted by Carmen, Queen of Stone's Throw at 7:16 AM No comments: