The Battle of the Dash

Did you know there are several kinds of what I ubiquitously call a "dash"? Let's look:


Hyphen and Dashes
There are three lengths of what are all more or less dashes: hyphen (-), en dash (–), and em dash (—).  They also perform different functions.
Only the hyphen receives a dedicated key on most computer keyboards.

According to the Chicago Manual of Style:

The hyphen connects two things that are intimately related, usually words that function together as a single concept or work together as a joint modifier (e.g., tie-in, toll-free call, two-thirds).


The en dash connects things that are related to each other by distance, as in the May–September issue of a magazine; it’s not a May-September issue, because June, July, and August are also ostensibly included in this range. And in fact en dashes specify any kind of range, which is why they properly appear in indexes when a range of pages is cited (e.g., 147–48).

En dashes are also used to connect a prefix to a proper open compound: for example, pre–World War II. In that example, “pre” is connected to the open compound “World War II” and therefore has to do a little extra work (to bridge the space between the two words it modifies—space that cannot be besmirched by hyphens because “World War II” is a proper noun). Now, that is a rather fussy use of the en dash that many people ignore, preferring the hyphen.

The em dash has several uses. It allows, in a manner similar to parentheses, an additional thought to be added within a sentence by sort of breaking away from that sentence—as I’ve done here. Its use or misuse for this purpose is a matter of taste, and subject to the effect on the writer’s or reader’s “ear.”

Em dashes also substitute for something missing. For example, in a bibliographic list, rather than repeating the same author over and over again, three consecutive em dashes (also known as a 3-em dash) stand in for the author’s name. In interrupted speech, one or two em dashes may be used: “I wasn’t trying to imply——” “Then just what were you trying to do?”

Also, the em dash may serve as a sort of bullet point, as in this to-do list:
—wash the car
—walk the dog
—attempt to explain em and en dashes Posted by Carmen, Queen of Stone's Throw at 12:12 PM No comments:

On this Day in History: Lolita is published 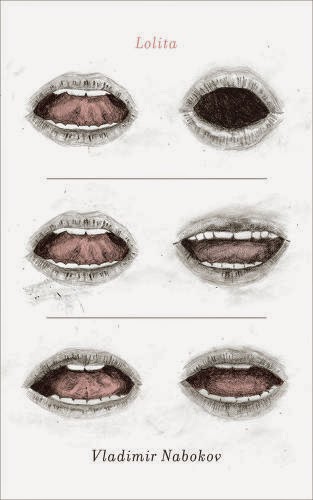 On this day in 1958, Vladimir Nabokov's controversial novel Lolita is published in the U.S.

The novel, about a man's obsession with a 12-year-old girl, had been rejected by four publishers before G.P. Putnam's Sons accepted it. The novel became a bestseller that allowed Nabokov to retire from his career as college professor.

Nabokov wrote the book in English and later translated it into is native language, Russian.

A quick summary: Humbert Humbert (yes, that's the name) is a professor in his late 30s who becomes enamored enough by a 15 year old girl that he marries her mother to be close to her. They have sex, he becomes possessive, they drive across the country, she flees him, marries another man and later begs Humbert for money, which he gives to her.

There is, of course, much more, but you get the gist from this.

The book has perennially appeared on Top 100 lists of all sorts, included "Most Banned Books". Movies, plays, operas and even a one-man show have been made from the book, although few of them resemble the text.

In an interview with Life magazine in 1963, Nabokov was asked which of his writings had most pleased him. He answered:


I would say that of all my books Lolita has left me with the most pleasurable afterglow—perhaps because it is the purest of all, the most abstract and carefully contrived. I am probably responsible for the odd fact that people don't seem to name their daughters Lolita any more. I have heard of young female poodles being given that name since 1956, but of no human beings.

The first line of the book: "Lolita, light of my life, fire of my loins. My sin, my soul.”

While not a "feel good" novel, it is worth a read.
Posted by Carmen, Queen of Stone's Throw at 9:19 AM No comments:

Email ThisBlogThis!Share to TwitterShare to FacebookShare to Pinterest
Labels: classic, movie, OpEd, Own

Let's see if I can get my act together and pull together a reading list for this month. That will give me some good structure for an otherwise fly-by-the-seat-of-my-pants reading.

Here are books to read for my Wednesday night book club:

Here are books I need to read for my Bibliophile Reading Challenge (which ends at the end of August):
Books that have caught my eye:
That is 10 books, and I think that is very doable!
Posted by Carmen, Queen of Stone's Throw at 10:17 AM No comments:

Anna and the French Kiss by Stephanie Perkins

Summary:
Anna is looking forward to her senior year in Atlanta, where she has a great job, a loyal best friend, and a crush on the verge of becoming more. Which is why she is less than thrilled about being shipped off to boarding school in Paris until she meets Etienne St. Claire: perfect, Parisian (and English and American, which makes for a swoon-worthy accent), and utterly irresistible. The only problem is that he's taken, and Anna might be, too, if anything comes of her almost-relationship back home. As winter melts into spring, will a year of romantic near-misses end with the French kiss Anna and readers have long awaited?

My take: 2.5 looks
Nice teenage love story. Anna has just been uprooted from her school, her city, and her country to spend her senior year in Paris. The fact that her father is a famous author of books Anna doesn't care for was amusing to me. He is trying to give her more culture, when it's he whom needs it!

With just the right amount of snarkiness between teenage girls, a perfect love interest, and a whole year of getting the know the people and sights, this was a very light, albeit sophomoric, read.

Not a book I would normally choose, I chose it to meet a challenge requirement for a landmark on the cover, in this case, the Eiffel Tower. I recommend the book if you liked the Twilight Series and got tired of vampires, or if you are in junior high school. The book is perfect for that set.
Posted by Carmen, Queen of Stone's Throw at 9:43 AM No comments:

Email ThisBlogThis!Share to TwitterShare to FacebookShare to Pinterest
Labels: 2 stars, 3 stars, Bibliophile, challenge, Own, Review, YA

I Shall Not Want by Debbie Viguie

Summary:
Charity work can be murder!   It’s Thanksgiving and Joseph Tyler, one of the members of Cindy’s church, has organized a new charity that provides homeless people with rescue dogs to love and care for. But one by one, the homeless recipients are being murdered and their dogs stolen. Could an overly competitive millionaire with his prize-winning pooches and a grudge be behind the crimes? Or could it be someone much closer to Joseph who has something sinister to hide? Cindy and Jeremiah must rush to find a killer before he strikes again.

My take: 3 looks
Book 2 in The Psalm 23 Mysteries did not disappoint. I read this one on the heals of finishing the first, "The Lord is My Shepherd". This mystery takes place several months after the first and was nicely crafted again. It was simple, straightforward, contained a few nice subplots, and wrapped up well in the end. Existing characters were further explored, and a few new names were introduced.

I continue to recommend this light mystery series.
Posted by Carmen, Queen of Stone's Throw at 9:32 AM No comments:

The Lord is My Shepherd by Debbie Viguie 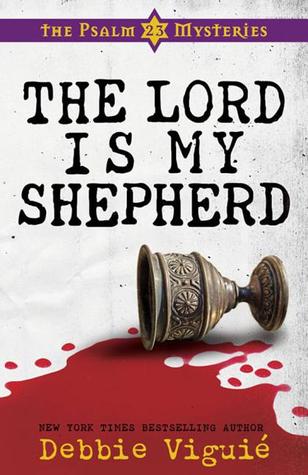 Summary:Cindy’s church is getting ready to celebrate Easter, and Jeremiah’s Temple is preparing for Passover when Cindy literally stumbles over the body of an unknown man lying dead in the sanctuary. The church was locked, and a bloody cross necklace on the floor seems to be the only clue. The killer is likely a member of the congregation, but there are hints that similar deaths have happened in the past. Are Cindy and Jeremiah dealing with a serial killer? They have to unravel the clues before Easter Sunday arrives and more people die.

Cindy and Jeremiah come from two different worlds, even though they work right next door to each other. Cindy is a strong Christian who lives a normal but somewhat dull life, working as a church secretary. Jeremiah is a Reformed rabbi with a mysterious past full of danger and excitement. But one eventful Easter/Passover week, the two find themselves working together to solve a murder and stop a serial killer from striking again. Solving the mystery should put an end to their alliance, but the church secretary and the rabbi quickly find themselves enmeshed in another mystery. Soon the two form a friendly alliance and friendship, exploring personal history and faith and growing closer with each passing adventure. Despite their differences Cindy and Jeremiah find a lot of common ground.

My take: 3 looks
This is listed as Christian fiction, but I'm sure my Baptist church in the Deep South Bible Belt would not offer it in the library because it has the words "hell" and "damn" in it (probably once each, so don't fret). However, that's what makes this believable Christian fiction. I doubt many people, regardless of their faith, would trip over a dead body without uttering some kind of expletive, even if it's "dagburnit!"

Cindy, as the heroine, is very likable. She blends the right amount of assertiveness with caution, and this made her very believable to me. The mystery was nicely done, and wrapped up with no loose ends. Jeremiah, the mysterious Rabbi next door, is another very likable character. As a matter of fact, I hope these two get together at the end of the series.

Recommended light mystery, and I will read more in this series.
Posted by Carmen, Queen of Stone's Throw at 9:47 AM No comments: