The book was better. 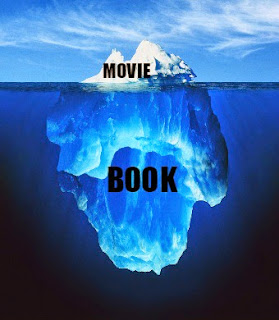 I'm sure you have seen this illustration before on movie-versus-book discussions. With the sudden influx of movies based on books, I feel that I have to stress again how much richer and more satisfying reading a book is over seeing the movie adaptation.

When you read, you are creating your own movie. Your brain is more engaged and invested in a book. It is a very active process, combining the words you are seeing, processing, and understanding to create a full-color, vivid, on-demand movie in your mind. You are director and producer. You are in charge of makeup and costumes. You choose the locations and scenes. All of this in a split second.

That's why reading makes you smarter. Not only are you able to learn new words, but you are also engaging so much of your brain in sequential, systematic, and parallel ways - many times all at once!

There will never be a better movie-maker than your own imagination.

Some books to try instead of the movie:

The Handmaid's Tale by Margaret Atwood
One of my top 10 books, the story presents a challenge to the screen because it is primarily internal monologue. While the film and television series are true to the dystopian nature of the story, it is impossible to capture the parallel thoughts and feelings of the protagonist and the other handmaids as told in the double narrative-style of the book.

The Giver by Lois Lowry
Another one of my faves, this is the first book in a quartet. While the film adaptation, again, presents the general idea of the book, the fact that one character was given a much bigger part in the film (Streep's characterization of the Chief Elder) in order cash in on her star power doesn't sit well with me. The book is about exploring feelings, making decisions, and actions bringing consequences.

The Lost Weekend by Charles R. Jackson
The film version was highly acclaimed, nominated for seven Academy Awards and winning four. What is missing here, however, is the raw and visceral pull of alcohol on the main character. It consumes him, drives his behavior, and pulls the reader in opposing directions of disgust and sympathy for him. Thought of as the seminal American novel on addiction, this desperation cannot be captured on film. That, coupled with homosexual overtones, makes this 1944 novel a must-read.

These are just three of my pics for you. Let me know of other books-into-films you have experienced, and what your impression on the comparison was.

Posted by Carmen, Queen of Stone's Throw at 9:56 AM No comments:

Anne's Pick for my next read: WOW!

The other day, I turned you on to Anne Bogel's "What Should I Read Next" podcast, as well as her blog, Modern Mrs. Darcy. In looking through her book lists, I happened upon an intriguing proposition: The perfect summer reading for every Myers-Briggs personality type.

Thank goodness, there is a quick series of questions available to determine your type. Mine turned out to be E(xtroverted), N(tuition), T(hinking), P(erceiving). With that in mind, the recommended book for me by Bogel is: 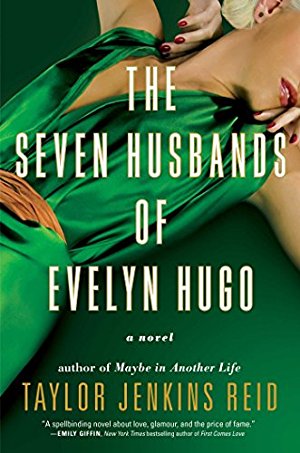 Summary:
From Taylor Jenkins Reid comes an unforgettable and sweeping novel about one classic film actress’s relentless rise to the top—the risks she took, the loves she lost, and the long-held secrets the public could never imagine.

There's more to the synopsis than that, but I don't like those long ones because, to me, it gives too much of the book away.

Rest assured, I WILL be reading this one!

Take a quick trip to the list linked above and let me know what your recommended book is!
Posted by Carmen, Queen of Stone's Throw at 1:30 AM No comments:

In my search for a new book-centric podcast when my beloved Books on the Nightstand ended its run, I came across What Should I Read Next, a podcast by Anne Bogel.

While still reeling from the end of BotN, Anne immediately caught my attention with her literary matchmaking. On the podcast, she talks with a reader, asking what they are currently reading, three books they love, and one book that didn't grab them.

See what I mean??! Brilliant!

With this, she then recommends three books to them. Almost always, each of the books discussed is new to me. I love hearing about the books, why they love them, why they didn't like them, and why Anne chooses the books she does for them. There is even a follow-up podcast (episode 46) in which she revisits seven of these readers to find out how well she did in her matchmaking picks.

Next time you are in the midst of your commute, or are sitting outside in the sun and breeze, pop in your earbuds and listen to a few of these. Be warned, though! Your TBR will more than likely grow.

Posted by Carmen, Queen of Stone's Throw at 12:12 PM No comments: