Women against Abortion by Karissa Haugeberg 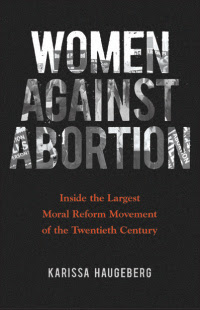 Women from remarkably diverse religious, social, and political backgrounds made up the rank-and-file of anti-abortion activism. Empowered by—yet in many cases scared of—the changes wrought by feminism, they founded grassroots groups, developed now-familiar strategies and tactics, and gave voice to the movement's moral and political dimensions.

Well-written, but a bit on the dry side. There are lots of facts, accounts, and supporting info, but nothing that ever draws a reader in and makes her (or him) a member of the debate. Would have been perfect for a research paper, but to read a compelling account of the trajectory and growth of the movement was missing here. If I were writing this, I would have treated each chapter as a stage in am embryo's cycle, moving it along and growing it with the anti-abortion movement. Include more word-pictures to make it real to any reader. That was missing, for me.
Posted by Carmen, Queen of Stone's Throw at 7:11 PM No comments: 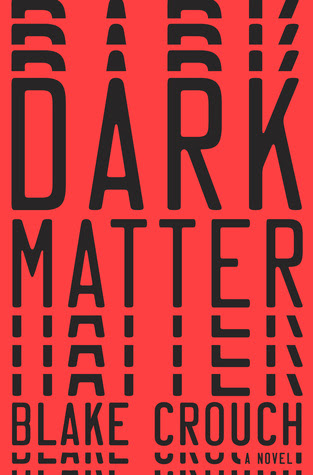 “Are you happy with your life?”

Those are the last words Jason Dessen hears before the masked abductor knocks him unconscious.

Before he awakens to find himself strapped to a gurney, surrounded by strangers in hazmat suits.

Before a man Jason’s never met smiles down at him and says, “Welcome back, my friend.”

There was a great deal of hubbub surrounding this novel upon its release. It was on library waiting lists all over, and I couldn't wait to get my hands on it. After reading it, I highly recommend Crouch's publicist.

It took me less than 24 hours to read it. That should be seen as a testament more to simple, easy-to-follow writing than an intriguing story.

As a matter of fact, this story, of parallel dimensions, is not a new one at all. From Kate Atkinson's "Life After Life" and Katherine Webb's "The First Fifteen Lives of Harry August", where lives are replayed over and over; or alternate realities like Stephen King's "11/22/63"; or even films like "Sliding doors" and "Groundhog Day"... my point? It's been done before, and it's been done better.

Jason, our protagonist, at one point becomes so narrowly focused on "love" that it is almost like watching a 16-year-old boy try to get his girl.

This irritating dependency on feeling rather than thinking, or irrationality versus rationality,... I didn't buy it coming from a physicist. If the book had been longer, or written at a more complicated reading level than about 6th grade, I would not have wasted my time finishing it. As it was, I knew I could blow right through it and mark it from my TBR.

Not recommended.
Posted by Carmen, Queen of Stone's Throw at 7:24 PM No comments:

The Cellar by Natasha Preston 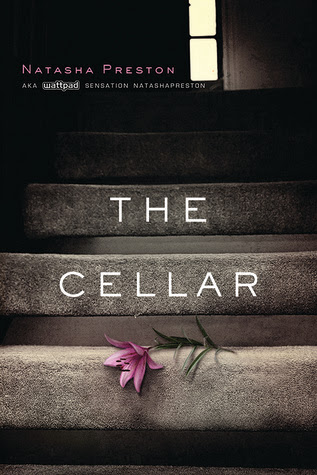 Summary:
Nothing ever happens in the town of Long Thorpe – that is, until sixteen-year-old Summer Robinson disappears without a trace. No family or police investigation can track her down. Spending months inside the cellar of her kidnapper with several other girls, Summer learns of Colin’s abusive past, and his thoughts of his victims being his family…his perfect, pure flowers. But flowers can’t survive long cut off from the sun, and time is running out….

Ugh. I had high hopes for this one based on a review I read. However, I know now that the review must have been from a middle-school-girl.

It has been a few months, but I recently read "The Butterfly Garden" by Dot Hutchison, which is a story along these same lines. Abducted girls who are deemed "perfect", kept by a seemingly normal older man, and the latest addition is very young. When I got to the part where he names them after flowers and eventually has sex with them, I stopped. There was nothing compelling that I could read, especially at 347 pages, that would interest, intrigue, or captivate me that I had not seen a thousand times. It's practically every third "Criminal Minds" episode.

So, skip this one. Read "Girl with a Dragon Tattoo" instead. It's better written, more visceral, and you will be more apt to read the series than anything you will find here.

Not recommended.
Posted by Carmen, Queen of Stone's Throw at 6:29 PM No comments: