The Last Clinic by Gary Gusick 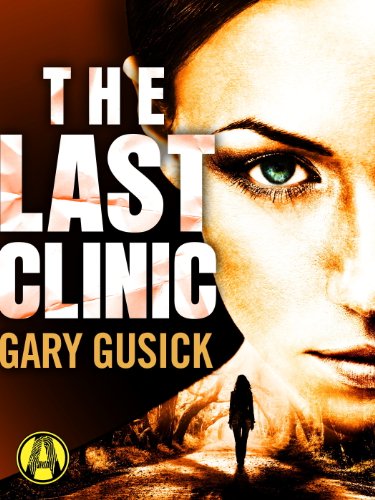 Outside the local women’s health clinic, the Reverend Jimmy Aldridge waving his protest sign is a familiar sight. But that changes early one morning when someone shoots the beloved Reverend Jimmy dead. Sheriff Shelby Mitchell knows the preacher’s murder will shock the good people of Jackson—and the pressure to find the killer is immediate and intense, which is why Shelby calls in detective Darla Cavannah.

When police detective Darla moved from Philadelphia to Jackson with her husband—hometown football hero Hugh “the Glue” Cavannah—she never imagined the culture shock that awaited. Then after Hugh dies in a car crash, Darla enters a self-imposed exile in her Mississippi home, taking a leave of absence from the sheriff’s department. Now she’s called back to duty—or coerced, more like it, with Shelby slathering on his good-ole-boy charm nice and thick, like on a helping of barbecue.

Reluctantly partnered with a mulish Elvis impersonator, Darla keeps a cool head even as the community demands an arrest. The court of public opinion has already convicted the clinic’s doctor, Stephen Nicoletti, but Darla is just as sure he’s not guilty—even as she fights her growing attraction to him. From the genteel suburbs to a raunchy strip club, Darla follows a trail of dirty money and nasty secrets—until the day of judgment comes, and she faces down an ungodly assassin.

My take: 3 looks
This was an enjoyable, fast-paced story and provided much-needed lightness after the heavy books that I have read lately.

At first, I thought this was Christian Fiction, but it SO IS NOT. I saw another review that mentioned the same thing. Not sure why this feels like CF at first, but at least I was not alone. haha

With that said, this is the first novel by Gusick, who has a few non-fiction books under his belt. It is a good first novel with likable characters and believable action. There are a few loose ends, and I was left with more than one question, but I like the fact that this is a series and expect that these issues will be ironed out in subsequent books.

Posted by Carmen, Queen of Stone's Throw at 9:37 AM