Judith Krug (from Wikipedia) was an American librarian, supporter of freedom of speech, and prominent critic of censorship. Krug became Director of the Office for Intellectual Freedom at the American Library Association in 1967. In 1969, she joined the Freedom to Read Foundation as its Executive Director. Krug co-founded Banned Books Week in 1982.

She coordinated the effort against the Communications Decency Act of 1996, which was the first attempt by the United States Congress to introduce a form of censorship of speech on the Internet. Krug strongly opposed the notion that libraries should censor the material that they provide to patrons. She supported laws and policies protecting the confidentiality of library use records. When the United States Department of Justice used the authority of the USA PATRIOT Act of 2001 to conduct searches of what once were confidential library databases, Krug raised a public outcry against this activity by the government. 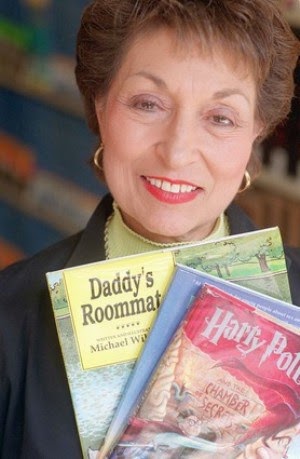 In 2003, she was the leader of the initiative to challenge the constitutionality of the Children's Internet Protection Act. Her efforts led to a partial victory for anti-censorship campaigners; the Supreme Court of the United States ruled that the law was constitutional, but that filtering software on computers in public libraries could be turned off if so requested by an adult guardian. Krug warned that the filters used to censor Internet pornography from children were not perfect and risked blocking educational information about social matters, sexuality, and healthcare.

Before her death in 2009, you can see that she worked tirelessly with one goal: to let people decide for themselves. That is the most powerful form of democracy.