The Wasp Factory by Iain Banks 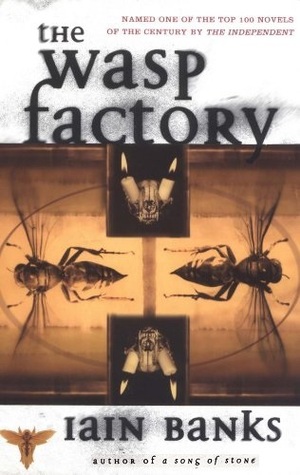 Two years after I killed Blyth I murdered my young brother Paul, for quite different and more fundamental reasons than I'd disposed of Blyth, and then a year after that I did for my young cousin Esmerelda, more or less on a whim.

That's my score to date. Three. I haven't killed anybody for years, and don't intend to ever again.

It was just a stage I was going through.

This book had such potential. A young man who has a history of psychosis and murder. Yet, it's his brother whom he considers crazy. The machinations Frank goes through to "read" the signs, protect his home and surrounding areas, and continue with his every day life were very intriguing. His friendship with Jamie could have been better explored. Eric's descent into madness could have been better illustrated. Frank's father's motivations should have been clearer.

All-in-all, this book was very disappointing. It was engaging to a point, then it was over. The end was a quick jump off a cliff with nothing resolved and nothing explained.

Not recommended.
Posted by Carmen, Queen of Stone's Throw at 9:57 AM