You know, it is Parenting 101 that you should tell a child what he CAN do, and not what he CANNOT do.

Do you know why? Because everyone is a little bit of a rebel. When you tell him, "You can't...", what you are really doing is piquing his interest so that he will not be able to think of doing anything else.

So, if you tell a reader a book that he can't read...that's all he is going to want to read.

Don't get me wrong. There is some trash out there. Books so poorly written that authors should pay you for the time you waste reading their refuse. There are books with explicit sex, strong offensive language, unchecked violence, and religious overtones galore. However, I say read them, if you like.

It is NOT my business, or anyone else's for that matter, to tell you what you can and can't read. As a mother, I can steer my younger children toward age-appropriate material, but I will not ban a book eternally. Once they are old enough, they can decide for themselves what they think of the subject matter.

With that said, you are going to guffaw at the most challenged book of 2013. Dav Pilkey's best-selling picture book series topped the list, just as his "Captain Underpants" did in 2012. The reasons cited included "offensive language" and material unsuited for its targeted age group. 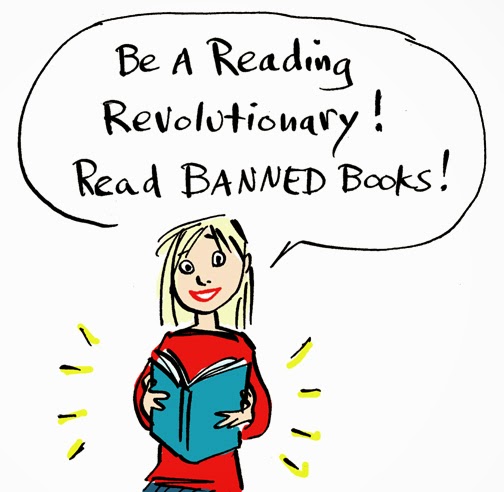 I will allow that to sink in for a minute.

Now, I don't want to rant. I will tell you that the majority of book challenges come from parents (more specifically, moms). I don't have a problem at all with you telling your child that he can't read a particular book. But, do not tell mine that he can't. That's my decision.

Before I need another blood pressure pill, take a look at this site to get more information.

Here is an awesome timeline of banned books.

And the top 20 most challenged books of last decade: