Aunt Dimity and the Duke by Nancy Atherton 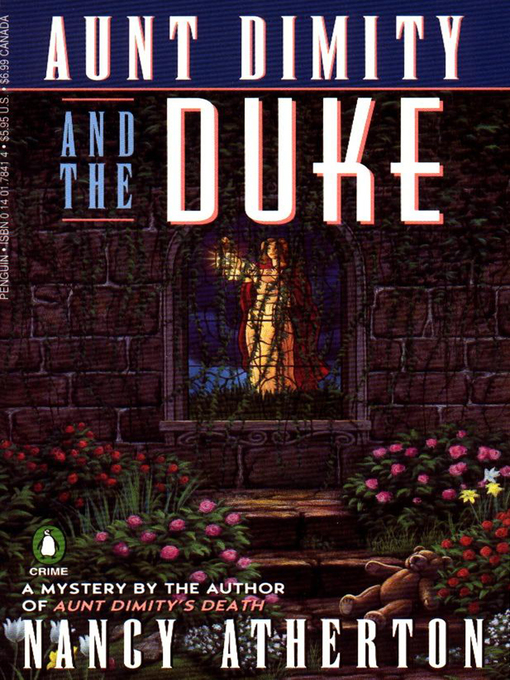 Emma Porter is forty, fat, frumpy, and a passionate amateur gardener. When her longtime lover dumps her for a younger woman, Emma escapes the cloying sympathy of family and friends by setting out on a summer-long driving tour of England's glorious gardens. A Dimity-contrived coincidence brings her to Penford Hall, a sprawling Gothic mansion in Cornwall, where she finds a duke in search of a missing lantern with extraordinary powers. Suspecting there's more than one mystery to be solved at Penford Hall, Emma accepts the duke's invitation to stay on and restore the once-glorious chapel garden to its former beauty. The dark rumors surrounding a rock star and the near-death of the duke's beautiful cousin confirm Emma's suspicions, and set her--with Aunt Dimity's ghostly guidance-on the path to Penford Hall's secrets and the pleasure of unexpected love.

My take: 3 stars
I actually liked this one better than the first. I thought the characters were better-drawn and were more real to me. The story was intriguing with just enough of the paranormal to not get weird. Emma as the lead role in this story was so much more believable than Lori in the first book, Aunt Dimity's Death. I found her to be introspective, sincere, and appropriately emotional. The love between Derek and Emma was predictable but that did not stop the flow of satisfaction once it occurred. The supporting characters were fun and I hope to see them in the upcoming installments of this delightful cozy mystery series.

Recommended.
Posted by Carmen, Queen of Stone's Throw at 10:13 AM