The Beach House by James Patterson 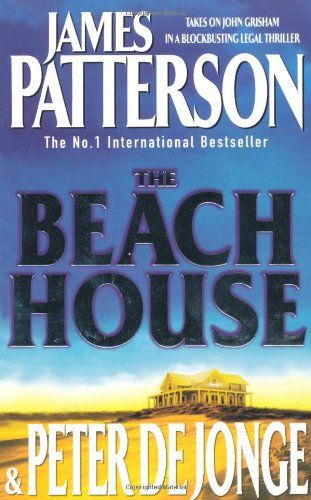 Summary:
Jack Mullen is in law school in New York City when the shocking news comes that his brother Peter has drowned in the ocean off East Hampton. Jack knows his brother and knows this couldn't be an accident. Someone must have wanted his brother dead. But the powers that be say otherwise. As Jack tries to uncover details of his brothers last night, he confronts a barricade of lawyers, police, and paid protectors who separate the multi-billionaire summer residents from local workers like Peter. And he learns that his brother wasn't just parking cars at the summer parties of the rich. He was making serious money satisfying the sexual needs of the richest women and men in town. THE BEACH HOUSE reveals the secret lives of celebrities in a breathtaking drama of revenge with a finale so shocking it could only have come from the mind of James Patterson.

My take: 3 looks
How does Patterson do it? How does he never let me down?

I needed to read a book set on a beach for my summer reading challenge, and I happened to have this one on the shelf. I started it in the morning and didn't put it down until I had read the last word at almost midnight. I did very little the rest of the day. I even shooed my husband away when he came to sit next to me on the sofa.

The tale of rich vs working-class hits right on the nose, with feelings of the hit TV series "Revenge" throughout. You can see the smug, self-satisfied looks on the rich faces as they know their sins will not catch up with them; you can feel the defeat and frustration of the blue-collar population who realize the law is NOT on their side.

And when justice finally DOES prevail, it is sweet, indeed. This is a page-turner, very fast-paced and intriguing. Recommended.
Posted by Carmen, Queen of Stone's Throw at 7:33 AM