1. Silence of the Lambs by Thomas Harris (1988)
Because fans of Hannibal Lecter will enjoy how the story dives deeper into his character.

2. The Shining by Stephen King (1977)
It offers more backstory than the movie, and it’s guaranteed to leave you tense with suspenseful anxiety.
3. Rosemary’s Baby by Ira Levin (1967)
Because the story offers details the movie left behind all while building creepy, intense anticipation.
4. The Amityville Horror by Jay Anson (1977)
Because the descriptive imagery of this story will give you even *more* chills than the movie.
5. Psycho by Robert Bloch (1959)
The details within the pages provide insight that will make the movie a more chilling experience.
6. The Exorcist by William Peter Blatty (1971)
The story offers a deeper sense of the characters and successfully capitalizes on these terrifying events.
7. It by Stephen King (1986)
Aside from King being a profound storyteller, you’ll quickly become invested in the haunting, unputdownable plotline of this novel.
8. Dracula by Bram Stoker (1879)
Because it’s a classic, but also because you experience this well-known story through intriguing letters and journal entries. 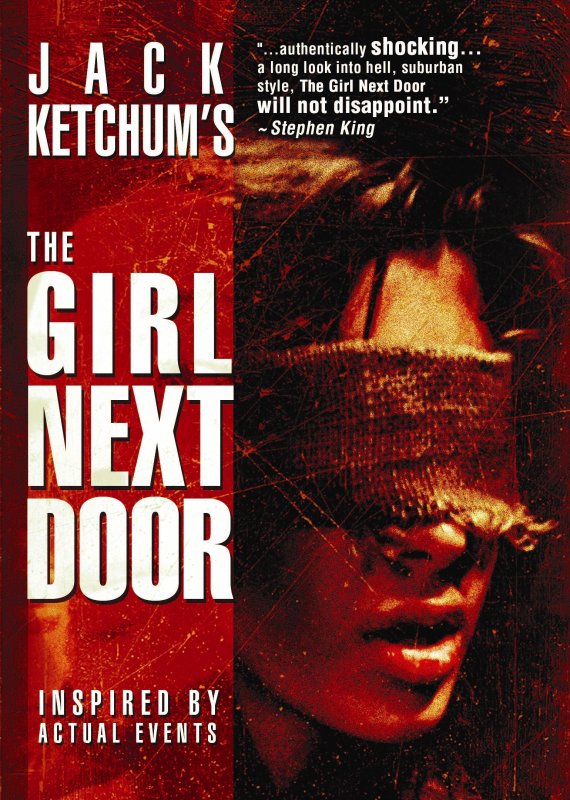 9. (The) Ring by Koji Suzuki (1991)
The story is even more unsettling than the movie. Plus it’s also a trilogy… so the horror doesn’t have to end with the first book.
10. The Girl Next Door by Jack Ketchum (1989)
As a fictional story based on true events, it provides an even more disturbing look into the minds of twisted sociopaths.
11. House by Frank Peretti and Ted Dekker (2006)
You quickly become invested in the characters, and the unexpected twists will have you tearing through the pages.
12. The Woman in Black by Susan Hill (1983)
Because the writing is gorgeous, atmospheric, and the intensity of the plot will keep your heart racing.
13. Ghost Story by Peter Straub (1979)
You’re able to learn more about these characters and experience classic, bone-chilling horror writing at its finest.
14. Carrie by Stephen King (1974)
Because you’re able to gain a deeper understanding of these well-known characters while immersing yourself in brilliantly creepy writing.
15. Interview with the Vampire by Anne Rice (1976)
Because Rice’s writing is rich and intriguing, and you’re able to indulge more fully into this world.
16. Frankenstein by Mary Shelley (1818)
Because the story takes a better look at creation and humanization, and it’s easy to become invested in Shelley’s characters.
17. 30 Days of Night by Steve Niles (2001)
This graphic novel is visually gorgeous with a tense, suspenseful storyline
18. American Psycho by Bret Easton Ellis (1991)
Because you get a closer, even more disturbing look inside the mind of America’s most famous psychopath.
Posted by Carmen, Queen of Stone's Throw at 10:55 AM