What is with Oprah's book club selections? I have practically gone to a "if it was on Oprah's list, avoid it" mentality with these books. They are all gloom, doom, abusive, unloving and melancholy tales. There may be a few pick-me-ups here and there, but those would be exceptions. Examples: 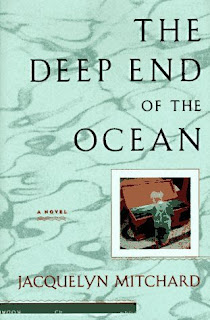 Stones from the River by Ursula Hegi: The protagonist is Trudi Montag, a Zwerg -- the German word for dwarf woman. As a dwarf she is set apart, the outsider whose physical "otherness" has a corollary in her refusal to be a part of the fictional town of Burgdorf's silent complicity during and after World War II. Trudi establishes her status and power, not through beauty, marriage, or motherhood, but rather as the town's librarian and relentless collector of stories. Through Trudi's unblinking eyes, we witness the growing impact of Nazism on the ordinary townsfolk of Burgdorf as they are thrust on to a larger moral stage and forced to make choices that will forever mark their lives.

The Twelve Tribes of Hattie by Ayana Mathis: Ayana Mathis tells the story of the children of the Great Migration through the trials of one unforgettable family. In 1923, fifteen-year-old Hattie Shepherd flees Georgia and settles in Philadelphia, hoping for a chance at a better life. Instead, she marries a man who will bring her nothing but disappointment and watches helplessly as her firstborn twins succumb to an illness a few pennies could have prevented. Hattie gives birth to nine more children whom she raises with grit and mettle and not an ounce of the tenderness they crave. She vows to prepare them for the calamitous difficulty they are sure to face in their later lives, to meet a world that will not love them, a world that will not be kind. Captured here in twelve luminous narrative threads, their lives tell the story of a mother’s monumental courage and the journey of a nation.

Toni Morrison is a favorite of Oprah, as is Wally Lamb. Again, both write very difficult novels to read.

That is really not what I want in a book. I know that readers read for different reasons, but this is my blog, and you get the benefit of my reasons alone. I want to be transported. I wanted to learn. I want to see through another's eyes what I think I already see clearly. I want to invest, engage, care and connect. I don't want to cringe, grimace, skim, or dread. I don't want to be damaged at the end of the book. I don't have to read about horror to know that it exists.

Quite the opposite, Scott Stossel, an editor at The Atlantic, wrote:


"There is something so relentlessly therapeutic, so consciously self-improving about the book club that it seems antithetical to discussions of serious literature. Literature should disturb the mind and derange the senses; it can be palliative, but it is not meant to be the easy, soothing one that Oprah would make it."

I, of course, wholeheartedly disagree.

I don't encourage you to avoid Oprah's book club. Not in the least. After all, you can see from the influence that this book club has, making millionaires out of authors, it is clear that no one comes close to Oprah's clout: Publishers estimate that her power to sell a book is anywhere from 20 to 100 times that of any other media personality.

In 2009, Winfrey's book club had even spread to Brazil with picks like A New Earth dominating Brazil's best-seller list. The club generated so much success for some books that they went on to be adapted into films, including The Deep End of the Ocean and The Reader.

So, it does what it is supposed to do: gets people reading. With that in mind, it can't be all bad. Just the choices in books, in my opinion.
Posted by Carmen, Queen of Stone's Throw at 10:25 AM