The Giant, O'Brien by Hilary Mantel 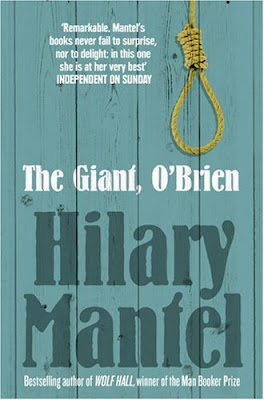 Summary:
The year is 1782; the place, London: the center of science and commerce, home to the newly rich and magnet to the desperately poor. Among the latter is the Giant, O'Brien, a freak of nature, a man of song and story who trusts in the old myths, in Irish kings and fairies. He has come to exhibit his size for money. He has, he soon finds, come to die. His opposite is a man of science, a society surgeon, the famed anatomist John Hunter, employer to a legion of grave robbers. He lusts after the Giant's corpse. Coin is offered. The Giant refuses. He will be buried, he will assume his throne in heaven. But money changes hands as friends are bribed. The Giant sickens, dies. Today, his bones may be seen by any curious stranger who visits the Huntarian Museum in London, part of the Royal College of Surgeons.

My take: 2 looks
I hate to give this one two out of five, but this is the longest 200 page book I have ever read. It was bogged down with so much verbal detritus that I felt suffocated.

The bad: The traveling companions of O'Brien were extremely distasteful. In their language they were crass, in their expectations they were sophomoric, and in their treatment of others they were little more than animals. Is this really how it was in 1700 London? Yes, probably. However, the gentleness of the giant contrasted with these gutter snipes led me to question why he kept their company at all. And were all of the sordid sex descriptions necessary? I had no idea that necrophilia was so prevalent.

The whole of it: There was much potential here, as this is based on two true characters in history. Instead of the grueling conversations and daily living conditions of the giant and his companions, I would have liked to read more about Hunter. I would have liked the story to follow a parallel of the two characters more deliberately, leaving the troupe to the sidelines as filler rather than presenting them as main characters. The juxtaposition of the belief (giant) and the proven (Hunter) would have been more stimulating and interesting.

In all, I am left unimpressed and cannot recommend this book.
Posted by Carmen, Queen of Stone's Throw at 11:51 AM