I Am Not a Serial Killer by Dan Wells 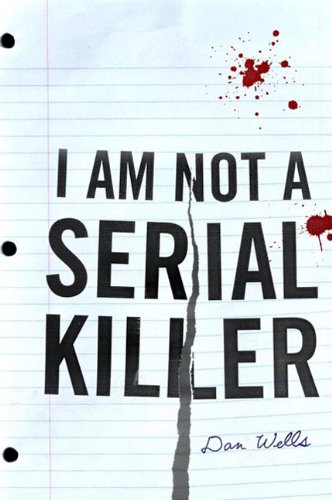 John Wayne Cleaver is dangerous, and he knows it.

He’s spent his life doing his best not to live up to his potential.

He’s obsessed with serial killers, but really doesn’t want to become one. So for his own sake, and the safety of those around him, he lives by rigid rules he’s written for himself, practicing normal life as if it were a private religion that could save him from damnation.

Dead bodies are normal to John. He likes them, actually. They don’t demand or expect the empathy he’s unable to offer. Perhaps that’s what gives him the objectivity to recognize that there’s something different about the body the police have just found behind the Wash-n-Dry Laundromat---and to appreciate what that difference means.

Now, for the first time, John has to confront a danger outside himself, a threat he can’t control, a menace to everything and everyone he would love, if only he could.

Dan Wells’s debut novel is the first volume of a trilogy that will keep you awake and then haunt your dreams.

I love it when there is a trailer for the book! Here is the one for this book.

My take: 3 stars
What an odd book. It's fiction and reads a bit like a young adult novel, but I'm not sure I would want a teen full of angst to pick this one up. In this story, a text book sociopath 9th grader writes school themes on serial killers, dresses as famous serial killers from history and has a set of personal rules to keep him from dwelling too much on killing others. Then he meets a serial killer in the flesh. An intriguing premise, but a little unsettling. It reads a little like Dexter and the trailer reminds me of a young Dexter, but a book like this is not for the still-to-mature, in my opinion. Yikes.
Posted by Carmen, Queen of Stone's Throw at 10:45 PM

Email ThisBlogThis!Share to TwitterShare to FacebookShare to Pinterest
Labels: 3 stars, Review, YA