Fun game from Vonnie in my Bibliophile book group: Invite 11 people to a literary dinner party. Here are mine, according to her criteria:


1. One character who can cook/likes to cook
Lillian from The School of Essential Ingredients

2. One character who has money to fund the party
Any member of the Grigori family from Angelology - filthy rich and supernatural, to boot!

3. One character who might cause a scene
Celia Bowen from The Night Circus - illusionist extraordinaire 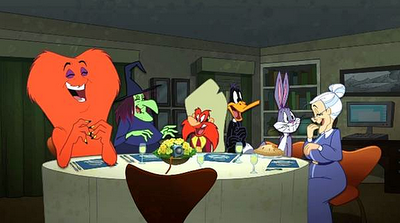 5. One character who is super social/popular
Jesus Christ from Lamb: The Gospel According to Biff, Christ's Childhood Pal

6. One villain
Hilly Holbrook from The Help - Just so I could slap the fire out of her!

7. One couple - doesn't have to be romantic
Juliet and Dawsey from The Guernsey Literary and Potato Peel Pie Society - Such a fun couple of people!


8. One hero/heroine
Odd Thomas from the Odd Thomas series - an unlikely hero, but excellent just the same.

9. One underappreciated character
The Giver in the book by the same name - What a terrible and great responsibility.


10. One character of your own choosing
Anges Crandall from Anges and the Hitman - description: A food columnist with a deadly temper who occasionally tries to kill her unfaithful boyfriends. What is not to love?!