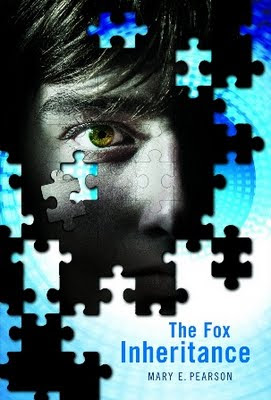 Summary:
Once there were three. Three friends who loved each other—Jenna, Locke, and Kara. And after a terrible accident destroyed their bodies, their three minds were kept alive, spinning in a digital netherworld. Even in that disembodied nightmare, they were still together. At least at first. When Jenna disappeared, Locke and Kara had to go on without her. Decades passed, and then centuries. Two-hundred-and-sixty years later, they have been released at last. Given new, perfect bodies, Locke and Kara awaken to a world they know nothing about, where everyone they once knew and loved is long dead. Everyone except Jenna Fox.

My take: 2.5 looks
I really liked the first in this series, "The Adoration of Jenna Fox".  It was new and different, and was a very fast read. This one was more forced and I waded a bit through the story. Ability to skim so much and stay with the story is not a good thing.

Locke is so irritating that I wanted to slap him. He was passive, meek and lacked the ability to make a decision that wasn't approved by Kara. It would have been acceptable if he had found his voice earlier in the book, but even when he came to the realization of the nature of his existence, he still didn't have the foresight/insight/intelligence to make a rational decision. As a matter of fact, this is my note about 1/2 way through "I'm about to lose my patience for the moron."

Kara, the antagonist of the two, was more relatable because she suffered a fatal flaw from bringing her back. Her decisions I understood, and her ultimate sacrifice meant that much more, because she was able to overcome the monster she had become.

Jenna seemed too good to be true and I still don't trust Meisha; but, I will have to read the next book to know.

Overall, it's not a bad series, even though this one worked on my nerves a little. It is a Young Adult book, and I think the YA reader is a bit more forgiving than I can be. With that said, I will read the next one in the series, "Fox Forever".
Posted by Carmen, Queen of Stone's Throw at 9:33 AM

Email ThisBlogThis!Share to TwitterShare to FacebookShare to Pinterest
Labels: 2 stars, Own, Series, YA