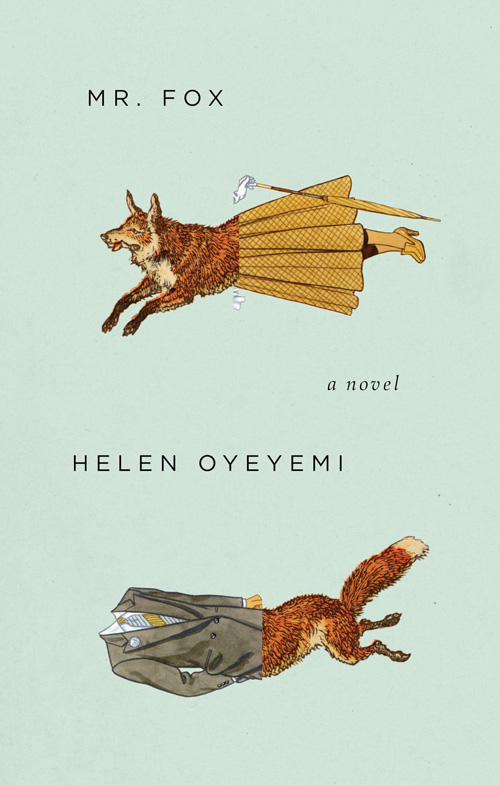 Summary:
From a prizewinning young writer, a brilliant and inventive story of love, lies, and inspiration. Fairy-tale romances end with a wedding, and the fairy tales don't get complicated. In this book, the celebrated writer Mr. Fox can't stop himself from killing off the heroines of his novels, and neither can his wife, Daphne. It's not until Mary, his muse, comes to life and transforms him from author into subject that his story begins to unfold differently.

Mary challenges Mr. Fox to join her in stories of their own devising; and in different times and places, the two of them seek each other, find each other, thwart each other, and try to stay together, even when the roles they inhabit seem to forbid it. Their adventures twist the fairy tale into nine variations, exploding and teasing conventions of genre and romance, and each iteration explores the fears that come with accepting a lifelong bond.

Meanwhile, Daphne becomes convinced that her husband is having an affair, and finds her way into Mary and Mr. Fox's game. And so Mr. Fox is offered a choice: Will it be a life with the girl of his dreams, or a life with an all-too-real woman who delights him more than he cares to admit?

My take: 2.5 looks
Helen Oyeyemi is gaining a reputation for spinning old fables into new and exciting literary works. The idea that these tales are relevant today is enough to draw me into the web that is this book.

The book starts with a quick introduction of the three main characters: St. John, Mary and Daphne. As the book progresses, it morphs from reality to imagination to hallucination. If this was being filmed, I could imagine the camera angles askew and sometimes a little out of focus. It is a feeling of being disconnected from any real relevant storyline thread, as chapter-after-chapter moves in and out of realities, making the reader ask if it's really happening, or not.

And therein lies the issue for me: the disconnect. Perhaps it's what Oyeyemi intended: for the reader to question reality, and look at it in a new light. To see it as temporary, transient and transparent. The stories were nicely written, and I found myself highlighting more than a few passages. However, I was left very wanting at the end of the novel. There were too many loose threads, and questions. There were too many "how did they pull that off" moments in the book to be feasible for me. I straddled the fence between wanting a concrete story, and the filmy gauze of imagery; but, not both.

However, back to the fables on which this is based. Bluebeard is a very straightforward and clear story. As is the original English fairy tale Mr. Fox. While both stories are a little off-putting, they are not ambiguous in their telling, their action, their characters, or their conclusions. When I read the last line in Oyeyemi's rendition, I was simply glad it was over.

Not recommended.
Posted by Carmen, Queen of Stone's Throw at 8:56 PM