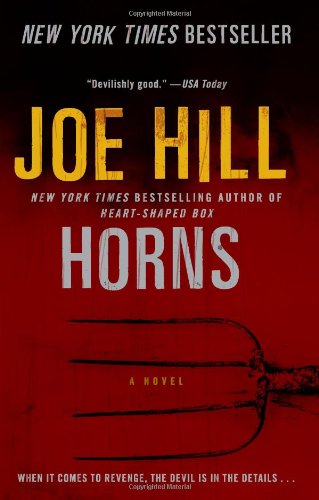 Summary:
Ignatius Perrish spent the night drunk and doing terrible things. He woke up the next morning with a thunderous hangover, a raging headache . . . and a pair of horns growing from his temples. At first Ig thought the horns were a hallucination, the product of a mind damaged by rage and grief. He had spent the last year in a lonely, private purgatory, following the death of his beloved, Merrin Williams, who was raped and murdered under inexplicable circumstances. A mental breakdown would have been the most natural thing in the world. But there was nothing natural about the horns, which were all too real. Once the righteous Ig had enjoyed the life of the blessed: born into privilege, the second son of a renowned musician and younger brother of a rising late-night TV star, he had security, wealth, and a place in his community. Ig had it all , and more—he had Merrin and a love founded on shared daydreams, mutual daring, and unlikely midsummer magic. But Merrin's death damned all that. The only suspect in the crime, Ig was never charged or tried. And he was never cleared. In the court of public opinion in Gideon, New Hampshire, Ig is and always will be guilty because his rich and connected parents pulled strings to make the investigation go away. Nothing Ig can do, nothing he can say, matters. Everyone, it seems, including God, has abandoned him. Everyone, that is, but the devil inside. . . . Now Ig is possessed of a terrible new power to go with his terrible new look—a macabre talent he intends to use to find the monster who killed Merrin and destroyed his life. Being good and praying for the best got him nowhere. It's time for a little revenge. . . . It's time the devil had his due. . . .

My take: 2 looks
Maybe it's because I read Hill's "Heart Shaped Box" recently, and it scared the bejeebies out of me. Or it may be because I has just finished a few excellent thrillers before picking up this one. Or, maybe it's because I couldn't stop thinking of Harry Potter as Ig, because of the movie promotions. In any event, I didn't really care for this one. I thought the characters were pretty flat, the action was a little slow, and the secret thoughts presented out loud to Ig were sophomoric musings.

The premise is a smart one: Ig's girlfriend is murdered, everyone secretly thinks Ig did it (even his family), and he sprouts horns until he can solve the mystery.

However, once you read the summary above (found on Shelfari), you really have no need to read the book. I mean, you can read the last chapter to find out how it ends, but by the time you are halfway through, you already have a pretty good idea...

While this won't turn me off Joe Hill books, I can't recommend this one.
Posted by Carmen, Queen of Stone's Throw at 8:34 PM

Email ThisBlogThis!Share to TwitterShare to FacebookShare to Pinterest
Labels: 2 stars, challenge, Own, Review