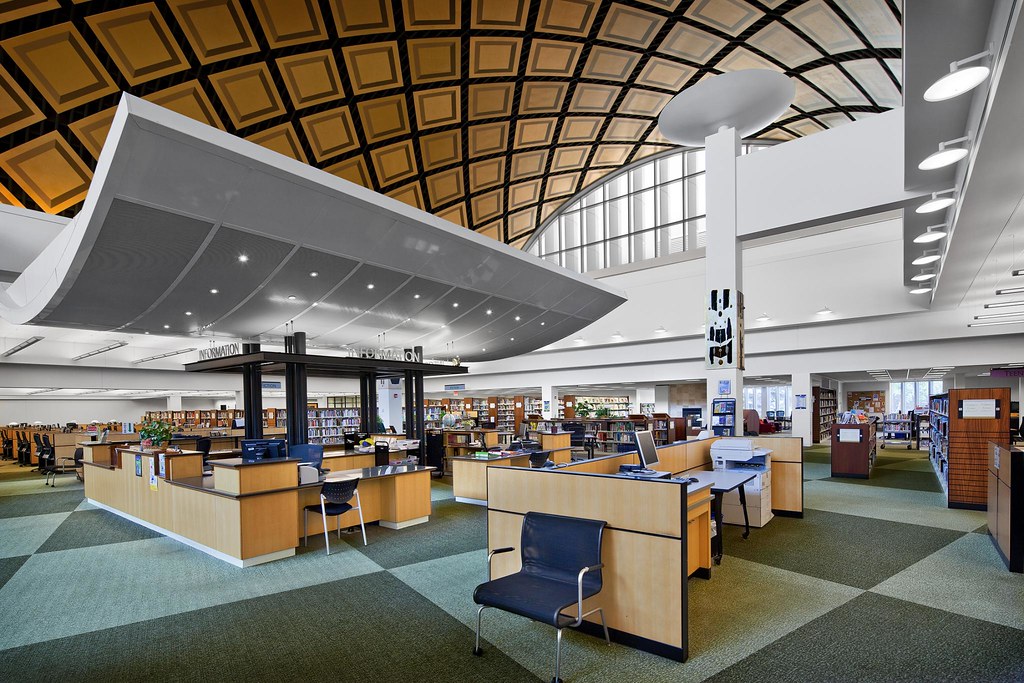 The beautiful Eden Prairie Library, located in Hennepin County, Minnesota, is housed in a former Lund’s grocery store space. Groundbreaking for the $17.6 million renovation project took place in July 2002, but the project was put on hold in March 2003. The project suffered a six-month shut down, with water damage occurring during the shut down, adding $1 million in cost to the county. After a delay of nearly a year the new Eden Prairie Library opened its doors to the public on August 12th 2004.
Posted by Carmen, Queen of Stone's Throw at 10:18 AM