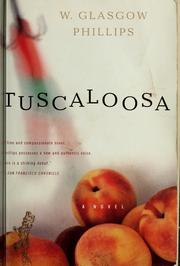 Summary:
On the verge of entering whatever "high society" Tuscaloosa, Alabama, has to offer a young man in 1972, Bill Mitchell falls in love with an inmate at his father's mental institution. Now Bill must either muster the courage to elope with his love or accept a prescribed--but unwelcome--role within the Southern patriarchy.

This book was not a stinker, but it was just a few notches above it. Like a well-dressed, but still white trash, woman. It was clear to me that the author grew in his prose as the book was being written. It went from fairly straight-forward dialogue to the main character developing an idiosyncratic conversational style. See my Shelfari review below for the comparison.

My review: 2 stars
A young man works for his father at a mental institution in Tuscaloosa, AL, taking care of the grounds. He falls in love with one of the patients, his mother runs off with another woman in town to form a biracial-lesbian-Thelma-and-Louise pair, there is a woman in town whom everyone assumes he will marry, and his best friend blows up building and sets police cars on fire.

Sounds intriguing, doesn't it? Well, I have summarized the entire book in the above paragraph. It's a weird little book, short read, with semi-clever dialogue. Speaking of dialogue, it morphs as the story progresses to sound like the narration from an episode of "My Name is Earl".

I probably won't read more by this author. While reading about him, I found that he made a film, short, or some such other media, in which he fought off ninjas with his genitals. Enough said.
Posted by Carmen, Queen of Stone's Throw at 3:55 PM